I had never had much contact with large bodies before. Most of my lovers had been thin. I found security in these small bodies I could easily wrap my arms around. Then, last year, I started doing sex work. Though the body types I encounter are diverse, most of the men I see range from “spare tire” to “ocean of flesh.” There is something fascinating, magical and terrifying about the ocean. When both parties are open to erotic events and intimate experiences, the skin is a powerful channel for sensual energy. Recently, I had the great honor of being an adult virgin’s first time. For everything. He had never kissed a girl before.

27, from Mexico, on vacation in Berlin and the fattest person I have ever encountered. He walked with a cane, spoke perfect English, and had a cherub’s face adorned with eyes that sparkled like the edge of an obsidian blade. He was quite educated and had read extensively on the subjects of safer sex and sexuality. Indeed, he brought his own box of gloves to our encounter! I watched him undress and helped him into the shower. There, I washed him, burrowing my hands into fold upon fold of him, kneading his skin like dough, taking the time to touch all of him, to wash all of him in the eroticism of his hugeness.

The room of the Stundenhotel in Lichtenberg was orange. Not a bright, vibrant orange, but the textured translucence one achieves through sponge painting. There was a dimmer switch, a tv, threadbare curtains shielding us from the street below. The bed was large, with a red, satin sheet, a few pillows, and a decorative, orange blanket. I lie across the vast expanse of him. As large as the Pacific, flesh holding just as many mysteries, he was the closest thing to home I had touched in a long time. He marveled at my touch, kissed me curiously, with eagerness, discovering my body as I discovered his. “I’m not used to being touched,” he smiled. It made me sad, that this adorable, intelligent man might have difficulty finding a partner because of his size. We talked about girls and love. He saw his form as an inhibiting factor. I geared the conversation in a more sensuous direction. We only had so much time.

Oh, the time I spent investigating that broad stretch of latte-hued flesh! It was not hot (few of my work experiences are, regardless of the client’s size,) but it was beautiful! To be the first, the beginning of a new frontier, is to be imbued with a great power and responsibility. I touched him gently, fingers traveling like tree pythons from his short and shiny black hair all the way down to his pedicured toes. Fingers engulfed and secured in the waves of his torso, in the tide of his legs. By the end of his session, I had discovered a new type of intimacy, the intimacy that only fatness can bring, a journey through burrows and ravines, peaks and crevices of the enigmatic and unknown. I left him smiling, proud, accepted. I felt much the same. 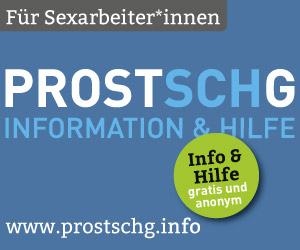 We are whores – We are importantDecriminalization, Discrimination, Informations, Prostitution / Sex Work, sex work in general, What Sexworker have to say